They don’t vote, they never pay tax. Children have a lot to answer for.

In the flurry of activity to get the childcare, family tax benefits cuts and paid parental leave changes through Parliament we have heard about impacts on families ad nauseum. What we haven’t heard, though, is the impact of all these changes on children.

“Everyone seems to agree that the childcare reform package is highly desirable,” says Finance Minister Christian Porter. Well, yes. Except for those who care about children and possibly, if they were consulted, children themselves.

Children, strangely enough, like having a parent around when they are born. It helps them bond with their parents and vice versa. It ensures they are breastfed for longer, which gives them health benefits throughout their lives. It most helps those whose parents earn the least because it enables them to have longer periods with their mother after birth.

Childcare? Remember that this is how it all started – a major reform of Australia’s childcare system promised two elections ago that the government still hasn’t delivered. The government is now declaring loudly that some families that will be paying just $15 a day for childcare. Surely that is good for children? Well no. All children in Australia can currently access 24 hours a week of funded childcare. Under the proposals these hours will be cut for many, especially those who will be paying $15 a day, to just one day.

Childcare, or to give it its correct name early education and care, is a good thing for children. Especially for children born into low-income families (to get the fabled $15 a day fees, families have to have incomes no higher than $60,000). These children are the ones who benefit the most from access to play-based early learning.

Because the package ties children’s right to access early education to how many hours a week their parents are working or studying under an activity test, many of these children will have their access to childcare cut.

All the fuss about improving Australia’s education results? The Productivity Commission’s Report on Government Services released last week showed us that children who access early childhood education and care are much less vulnerable in areas measured by the Australian Early Development Census such as health, social competence, emotional maturity, language and cognitive skills and communication skills and general knowledge once they start school.

Access to childcare protects and helps children, and yet the childcare package will cut it.

The Budget Based Funding Program – the specific program for Aboriginal childcare – will be abolished under the package. And 78 per cent of children who go to those services have parents who won’t meet the activity test, so the services they currently attend will struggle to remain open. Even if they can find a service to attend, they will be eligible for less funded childcare. Clearly none of this is good for Aboriginal children.

And yes, the childcare package will streamline the mess of childcare subsidies, but children don’t have to have the “pleasure” of dealing with Centrelink so unlike their beleaguered parents, this improvement – which will make a lot of parents’ lives easier – doesn’t matter to them an iota.

Family tax benefit cuts? Yes, despite all the “these families will be better off” noises, the changes to family tax benefits are still cuts. Unsurprisingly, children cost money. Scads of it. Cutting family incomes is really not good for children.

So children clearly need some champions in the Senate right now. and the Greens have been pointing out the problems with all the proposed changes for a while. Here’s hoping that the crossbenchers also think about their role in making sure the kids are alright.

Lisa Bryant is an education and care consultant. 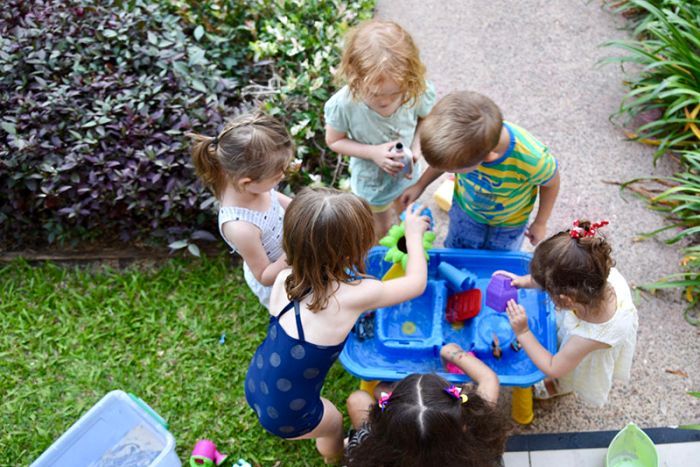